As many of you know for the last 6 days I attended the Iris Film Festival in Cardiff, I like to share with you my experience and winners of iris 2018… 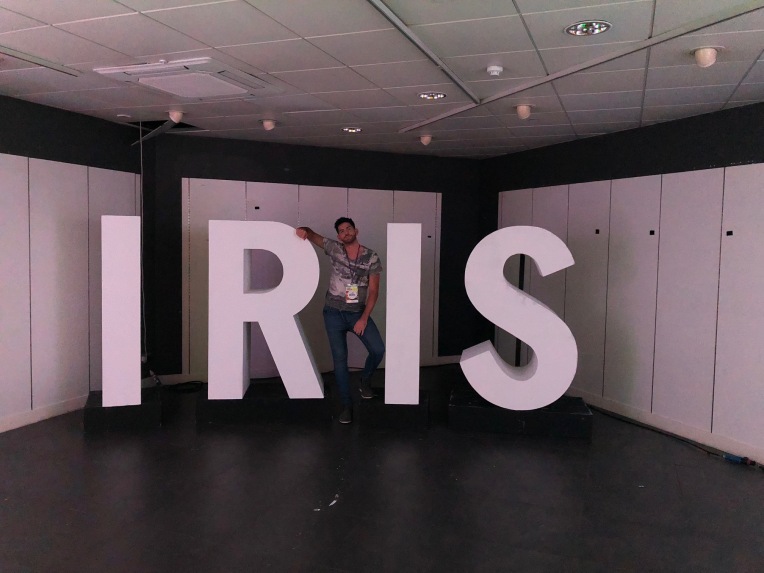 If you enjoy films, love creativity and generally just want a fun welcoming time make sure you attend iris 2019, This has been my 2nd year the people I’ve met from Cardiff, London, Europe, New York, LA and Canada it is honest on my heart a family!! Already I can not wait for October 2019 to see my iris family all over again!

See below the winners from this year, and all the information you need to know, plus i urge you to see these films…

The winners were announced at the second Iris Carnival at Cardiff’s Tramshed on Sunday, marking the culmination of six days of film screenings, parties and talks. The awards show included performances by Welsh musical artists Bright Light Bright Light, Lily Beau and These Brittle Bones.
International Jury Chair Carrie Lyell, editor of DIVA magazine, said: “Three Centimetres is such an audacious film. It’s so refreshing to hear female sexuality spoken off in such a frank and positive way, and from a female perspective. It’s visually stunning, with utterly convincing dialogue and engaging characters, and it uses the form of short film perfectly to tell its story.

And it’s so nice to see a coming out story in a context and a setting that feel new. It’s like nothing we’ve seen before.”
Of the film’s writer and director Lara Zeidan she said, “We all agreed that we couldn’t wait to see what she does next. If there’s any justice in the world, she has a great career ahead of her.”
After winning the prize, Lara Zeidan said, “I’m delighted to have won the Iris Prize. I love
working in short film – It’s all about sharing small but meaningful moments.”
The prize was presented by Lord Glendonbrook, whose Michael Bishop Foundation supports the Iris Prize.
The three finalists in the international category were announced at an event on Saturday
afternoon, with Pre-Drink, by Canadian filmmaker Marc-Antoine Lemire, and British director Harry Lighton’s film Wren Boys named alongside Three Centimetres.
“Wren Boys is a huge feat, executed perfectly,” the jury said. “It was shot on film, which we so rarely see, and it drew us instantly into that world, challenging our prejudices and
expectations. It was refreshing to see a positive depiction of masculinity and the
relationship between gay men and straight men.”
Of Pre-Drink the jury said, “This was a stunning exploration of the fluidity of attraction,
challenging but accessible, and the performances were superb. It portrayed sex in a positive,
shame-free way, and handled the subject of consent with a lightness of touch. It sparkled.”

BEST BRITISH AWARD
Beyond ‘There’s always a black issue, dear’, directed by London-based photographer Claire Lawrie, was announced as Best British Short, sponsored by Pinewood Studios.
Chair of the Best British jury, Rod Thomas (aka Bright Light Bright Light) said, “Its visual
choices are on point, its soundtrack perfectly orchestrated, and its treatment, presentation and representation of its subjects deserves the highest commendation.

A truly magnificent film, showing the adversity and struggle of an era and the people who fought and survived and influenced society through their art and creativity. It made us want to see so much more.” Beyond… was named alongside Abena Taylor-Smith’s film Ladies Day and Wren Boys in the top three films from this category, with a special commendation going to Bachelor, 38, from Cardiff-based filmmaker Angela Clarke.
Rod added: “The jury loved Ladies Day’s visual choices, the diversity of its characters and its ability to raise an often ignored conversation with quiet resilience and pride, demonstrating a promising future in the director's career.
“Wren Boys is an extraordinary piece that deals with heavy subject matter with both
humour and punch. By playing with our own presumptions and expectations, and constantly keeping us surprised, the story was a triumph.
“And Bachelor, 38 delivered one of the most beautiful and touching love stories, told with
extreme respect and care for its subject. The film’s majesty lies in its ability to let the
protagonist voice the entire piece.”

The Best British Prize was presented by Andrew Smith of Pinewood Studios.FEATURE FILM AWARDS:
The Best Feature Award sponsored by Bad Wolf Studios, was won by Yen Tan’s drama 1985. The jury said, “Writer/Director Yen Tan has crafted a film of intimate moments sewn together with such care that found ourselves wholly immersed, feeling equal parts sadness and hope.”
Best Performance in a Male Role, sponsored by Attitude Magazine, was awarded to Félix
Maritaud for Sauvage. “Through Félix’s honest, vulnerable portrayal as a young gay hustler surviving on the streets in France, we were pulled into his world from the opening scene.”

Best Performance in a Female Role, sponsored by DIVA Magazine, was awarded to Jamie
Chung for 1985. “Every scene Jamie appeared in was thoughtful, heartbreaking, and so honest we felt like we were in the room with her.”
YOUTH AWARD
The Iris Prize Youth Award, sponsored by Cardiff University, was won by the Australian film Mrs McCutcheon, from director John Sheedy. The award was voted for by audience
members at the Iris Education Day on Friday and the Pride Cymru Youth Conference on
Saturday, who had the opportunity to watch five films considered age appropriate from this year’s programme.