Scott: We see you on a few things The X Factor, Judge Geordie and recently big brother, How did you get involved in these show?

Ryan:  I’ve appeared on a few shows over the years and made an absolute joke out of myself on the like of the X-factor and judge Geordie but it was all to just try and build and profile and to get the producers of big brother to recognise me, I applied for 8 years to get on big brother and it was eighth time lucky I got on, genuinely think it’s fate I never got on any of the previous series as I was meant to meet Hughie! I’ve been a joke over the last couple of years and caused a bit of controversy when I never really wanted to, it was all to get on big brother and I’m glad I’ve changed a lot of people’s opinions of me on the show for just being me and people could see I’m different compared to the other shows I’ve been on in the past.

Scott: How was your Big Brother experience?

Ryan:  My big brother experience was the most challenging and mentally draining thing I’ve ever done, there was times when I wanted to just quit and leave but kept telling myself I would regret it and I’m so glad I never! I mean what do u do for 24hours a day with no phone no tv no nothing and what do u talk about! The days are so long and 24 hours feels like 24 days! When days was bad they was bad and when they was good they was incredible! Best thing I ever did and won’t ever forget it.

Scott: We all know about you a Hughie, I love you guys BTW! Was it love a first sight?

Ryan:  Aww thank you, and to be honest it wasn’t love at first site! I initially saw this tanned guy who was quite confident and a bit like me in some aspects and instantly thought we was going to clash, after a few hours tho we got on so well and formed a good bond and I knew we was going to be At least good mates but never thought anything more of it! It was till after I got chose to go to the main house after the first three days I realised I had stronger feelings than just friends, I was really missing him! Then I think it was day ten when I got sent back to the others house I couldn’t wait to see him and that’s when he went in for a kiss and it just progressed from there! If he hadn’t of made a move on me I’m not sure if I would of dared because I hate rejection, especially on national TV so I’m glad he did haha! 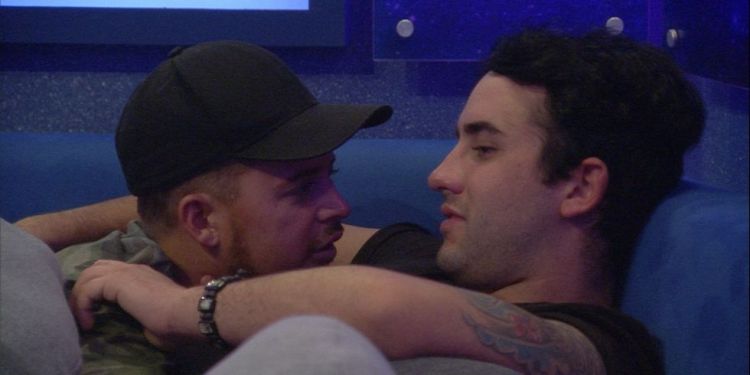 Scott: Are you a official couple? It nice to know the long distance isn’t going to effect you both and make it work!

Ryan: Yeah me and Hughie are 100% official and in a relationship, the long distance thing does bother me slightly only because I can’t see him whenever I like but we are seeing each other as much as we can and he’s recently just been to Blackpool to meet my mum and family! We are planning on moving in together in the next few months when he moves to the UK!

Scott: People on twitter, keep saying you & Hughie should do a TV show, If you had a chance to, what would it be about?

Ryan:  The demand for me and Hughie to get our own reality show is crazy, almost every tweet is about it! It’s flattering, we would both love to do it! I think it would be a reality one like Katie and Oeter following our lives and him moving in with me in the UK and stuff! Just being us the jokers that we are!

Scott: Any of your ex housemates you don’t want to see again?

Ryan: I don’t want to see Natalie, Jason and Marco!

Scott: Tell us 3 facts that people may not know about yourself?

Ryan: Three facts id say, I used to do athletics when I was younger for about 10 years! I once fell over on a gravestone and chipped my front tooth on it that’s why it’s chipped haha and i once got four stick-men tattooed on my arm as a dare.

Ryan: I’m not really good with grooming to be honest I always say tho I love a good tan, white teeth and Vaseline on your eyelashes makes them grow!

Ryan:  I don’t really have a perfect date and I don’t really go on many I get too nervous! I’m very spontaneous and crazy as I’m sure you’ve gathered and I’d love to do something like a bunker jump or a sky dive then get drunk after haha! No ones been brave enough yet, I’m sure I can persuade Hughie 🙂

Ryan:  I’m not sure to be honest what’s next For me, I do know that I’m looking forward to being with Hughie and meeting his family! Then the next stage is to move in together which is so exciting! I’m sure this won’t be the last you guys will see of me tho x

If you have any questions for Ryan, Please comment below..